Code of Red is an interactive visualization that examines the impact of war on artistic creation over the last century. 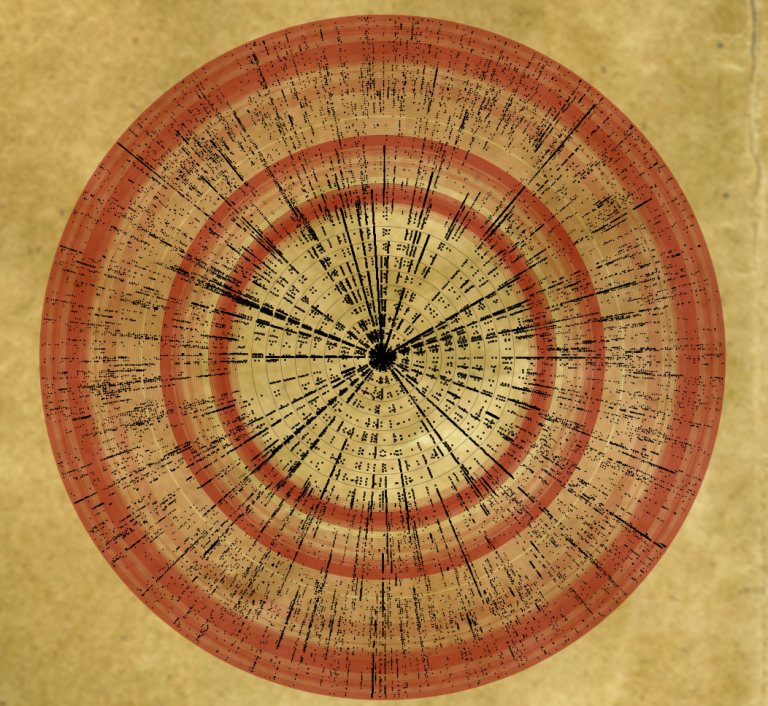 Code of Red is an interactive visualization that examines the impact of war on artistic creation over the last century. Specifically, it enables the audience to explore the ways in which wartime affects artists. Does war always oppress or can it have the opposite effect, provoking an outpouring of thoughts and ideas into the world?
This visualization is intended to evoke questions about why artistic creation may be important in the context of war, how it may be serving as a coping mechanism or as a tool to elicit new perspectives— ones which may help present and future generations reflect on the power of their actions to bring about good instead of ill.

Regarding the design, users can observe trends of artistic output for groups of artists both as a whole worldwide and within certain countries. The layout is organized like the cross-section of a tree, with each year represented by a ring, 1900 being the innermost layer and 2000 being the outermost one.
The user can scroll through any 10-year period for a more detailed examination. Each artist is represented by a unique, invisible line that radiates out from the center of the work. Each of their artworks delineates this line with a black dot placed according to the year of the given work’s creation. Wartime year rings are tinged with red.

Thus, like with the tree, one can easily read the responses of the societal organism to years of extreme duress. Although the individual tree may be powerless to change the weather it endures, as a society, through art, we may seed winds of change. Knowing this, we may reduce the number of bloodstained rings to come, learning from the past to fortify the future health of the whole.

I was looking into two datasets for this project. Both the datasets were collected using a Data Crawler developed using the Beautiful Soup library on Python, which accessed Wikimedia (for Artwork) and Wikipedia (for War Period) and extracted the required data.

The next step was to club these two tables as one database and work on SQL workbench to get the appropriate data set, in order to visualize the data and know more about what was really happening!

Implemented on Processing (JAVA) and P5.js